Do Your Unpredictable Behaviors Indicate Tourettes Syndrome Or Huntington's Disorder? 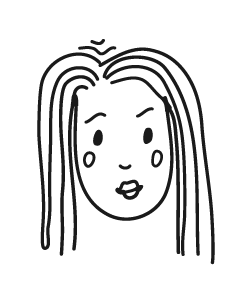 Do Your Unpredictable Behaviors Indicate Tourettes Syndrome Or Huntington's Disorder?

Nervous system disorders often cause a variety of unpredictable reactions and behaviors in those they affect. Two common disorders that may be confused with each other are Tourettes Syndrome and Huntington's Disorder. One of these problems is way more serious than the other, making it important to know which you likely have developed.

Huntington's Can Strike Later In Life

While people are born with Tourettes Syndrome and suffer its problems early in life, people who develop Huntington's usually don't show symptoms until they are between 30-50 years. During this time, they will start to show behaviors that are often quite similar to Tourettes Syndrome and which can be just as difficult to control.

However, Huntington's is a more serious disease and is invariably fatal for those who suffer from it. That's because it causes a decay in their brain's nerve cells that only gets worse as time passes. Tourette's usually doesn't get worse as a person ages and can improve with behavioral therapy.

The Unpredictable Behaviors And Actions Are Very Similar

Huntington's often causes a condition known as chorea. This problem causes brief and irregular patterns and behaviors that a person cannot control. For example, they may jerk their shoulders, blink their eyes excessively, vocalize improperly, or twitch. These actions are often very similar to those that occur when a person has Tourettes Syndrome.

However, they will often get worse if a person suffers from anxiety or other serious problems. The development of these actions will usually get worse as the years pass and can be very severe. Managing them is a difficult, scary, and frustrating situation.

The treatment methods for both of these problems are somewhat limited. While some drugs can help calm the symptoms of Tourettes Syndrome, the best treatment is behavioral therapy. These teach people coping mechanisms for these behaviors and are usually started at a young age. However, Huntington's develops later and usually requires stricter treatments.

That's because Huntington's usually causes a more severe cognitive and behavioral decline and requires more specialized treatment. Some drugs may slow the degradation a little. Behavioral treatments may work for awhile, but those with this disease eventually lose control of both their physical and mental behaviors and become very unpredictable.

If you or someone you love suffers from either of these disorders, it is important to talk to a company like North Texas Neuroscience Center PA  about treatment. While you may not be able to cure either condition, you can often slow their progression to live a happier life.